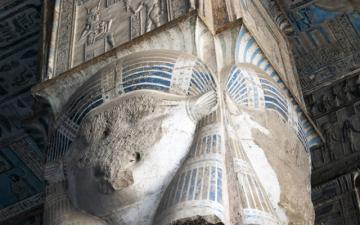 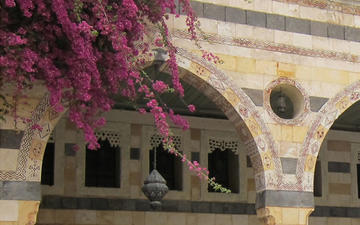 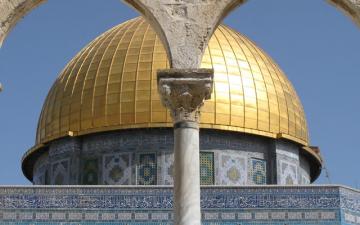 Dome of the Rock, Jerusalem

The Manar al-Athar Photo-Archive, based at the University of Oxford, is the inspired creation of Judith McKenzie (1957–2019). It provides high resolution, searchable images for teaching, research, and publication. These images of archaeological sites, buildings and art, cover the areas of the former Roman empire which later came under Islamic rule, such as Syro-Palestine/the Levant, Egypt and North Africa, as well as some bordering regions, such as Georgia and Armenia. The chronological range is from Alexander the Great (i.e., from about 300 BC) through the Islamic period. It is the first website of its kind providing such material labelled jointly in both Arabic and English.

Manar al-Athar is Arabic for "Guide to Archaeology" and has been chosen because Manara, in Egypt, refers to both the Lighthouse of Alexandria (the Pharos) and to minarets. This conveys the transition, and often continuity, covered by the chronological range of the material.

The website is in continuous development. Current strengths include Late Antiquity (250–750 AD), the period of transition from paganism to Christianity, and then to Islam, especially religious buildings (temples, churches, synagogues, mosques) and monumental art (including floor mosaics), early Islamic art (paintings, mosaics, relief sculpture), as well as Roman and early Islamic (Umayyad) architecture, and evidence of iconoclasm.

The pilot development of the Manar al-Athar website, which was launched in 2013, was part of the project at the University of Oxford, Late Antique Egypt and the Holy Land: Archaeology, History, and Religious Change (2011–2016, Principal Investigator: Neil McLynn) which was funded by a Leverhulme Trust Research Project Grant. Subsequent development has been supported as part of the the ERC (European Research Council) Advanced Grant held by Judith McKenzie for the project Monumental Art of the Late Antique Christian and Early Islamic East: Cultural Identities and Classical Heritage (2016–2020); and by the following: the ALIPH Foundation; Americans for Oxford; the British Academy/Leverhulme Trust (Small Research Grant); the Friends of Manar al-Athar; the Meyers Fund of the Craven Committee (Oxford); the Oxford Centre for Byzantine Research; the Oxford University Press (OUP) John Fell Research Fund; and the Wainwright Fund (Oxford). Further details of funding can be found on the project website.