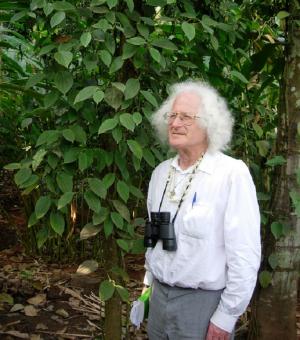 From Worcester College I obtained my doctorate for a thesis on Engraved Gemstones from British Sites published in 1974, with new editions published in 1978 and 2007. I was elected a Fellow of the Society of Antiquaries on 6 March 1975

I have taught, lectured and supervised over the years at all levels including doctoral theses, mainly in the University of Oxford. During the past 30 years I have written  books and catalogues on Roman art and religion, including  Religion in Roman Britain (Batsford, 1984); The Art of Roman Britain (Batsford, 1994);Classical Gems...in the Fitzwilliam Museum, Cambridge (CUP,1994) Roman Oxfordshire (Alan Sutton,2000, with P. Booth ); The Heirs of King Verica (Tempus, 2002); Catalogue of the Engraved Gems in the Ashmolean Museum II.Roman (Archaeopress 2004, with A.MacGregor);The Complete Content Cameos (Brepols 2018,,with H. Molesworth) and three fascicules of the British section of the Corpus Signorum Imperii Romani, 1.7 The Cotswold Region (British Academy 1993);1.0 North West Midlands (British Academy,2004); 1.10 London and the South East (British Academy,2015 with P.Coombe, F.Grew and K.Hayward)..

Amongst books I have  edited: A Handbook of Roman Art (Phaidon, 1983); Pagan Gods and Shrines of the Roman Empire (OUAC, ed. with A. King 1986); Architecture and Architectural Sculpture in the Roman Empire (OUCA, ed. 1990); ;Roman Art, Religion and Society (Archaeopress, ed. 2006);Constantine the Great. York’s Roman Emperor (Yorkshire Museum,York 2006, with E,Hartley, J.Hawkes and F.Mee); Intersections. Papers in Honour of Martin Biddle and Birthe Kjølbye Biddle (Archaeopress 2010, with N.Ramsay)

Between 1997-2009 I was a Supernumerary Fellow of Wolfson College, Oxford and am still a member of Common Room of the college. In 1998 I was awarded a higher doctorate, a DLitt, by Oxford University for my publications. In 2007 I was presented with a Festschrift by various friends (Pagans and Christians – from Antiquity to the Middle Ages. Papers in honour of Martin Henig, presented on the occasion of his 65th birthday, edited by Lauren Gilmour. BAR International Series 1610, 2007) which contains a complete bibliography to that date.

I was editor for 23 years of the Journal of the British Archaeological Association, from 1985 to 2007 and am now a vice-president of the Association and continue to take an active part in the Association’s work.

I have continued to conduct research on Roman sculpture and gems over the past years publishing with Penny Coombe, a cache of bronze from a temple in Gloucester ((Britannia 51,2020) and with Penny Coombe and Kevin Hayward, a remarkable cache of Roman sculpture, much of it from a tower tomb, found re-used at Stanwick, Northants (accepted for publication in Britannia 52,2021). Penny and I went to a Mithras conference in Alba Iulia. Romania last year and our paper on the Inveresk altars, published in a BABesch supplementary volume (2020) adds considerably to the paper of which I was a co-author published previously  in Britannia. We have also published a remarkable Roman relief of two dancing deities and other Roman stones at Peterborough cathedral (BAA Peterborough Transactions 2019)

I have contributed to Professor Martin Biddle’s and Francis Morris’s.  forthcoming volume,now in press,  of Winchester Studies on Prehistoric, Roman and Post-Roman Winchester [I am the Society of Antiquaries representative on the Winchester Archaeological Research Committee] , work on which has already resulted in a major paper on the discoveries of statuettes and bronze vessels and the implications of these finds all made during railway construction in the 1830s by Professor Biddle and myself (JBAA 171,,2018).

I have also been working on Roman engraved gems and finger rings, including site finds from Roman Britain and on Roman small objects for the Portable Antiquities Scheme. I am at present co-editing a conference volume on Roman villas with Grahame Soffe and Kate Adcock.

Outside my academic work I am an Anglican priest in the Osney Benefice, Oxford and I am particularly involved with Animal Ethics.

I enjoy helping students and scholars in my areas of expertise whenever I have the opportunity. I have been co-operating very frequently with Sally Worrell for the Portable Antiquities Scheme especially elucidating gems, small bronzes and other works of  Roman  art.