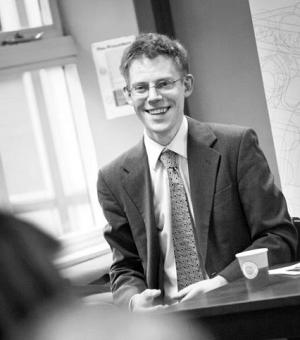 Since 2007, I have taught Greek and Roman history at Wadham College to a succession of brilliant and inspiring students studying Classics, Ancient and Modern History, and Classical Archaeology and Ancient History. Wadham has long had a well-earned reputation as the most inclusive, pluralistic, and free-spirited college at Oxford, and I am proud of our success in attracting high-achieving undergraduates from a very wide range of backgrounds. I am also Tutor for Access at Wadham, and since 2019 have been the Humanities Co-Ordinator for the Opportunity Oxford programme (https://www.ox.ac.uk/admissions/undergraduate/increasing-access/opportunity-oxford).

As an undergraduate, I studied Classics at Lady Margaret Hall, Oxford, where I was fortunate to be taught by two remarkable tutors, Simon Price and Michael Comber. During my first few years at Wadham, Simon Price and I co-wrote a history of ancient Europe called The Birth of Classical Europe: A History from Troy to Augustine (published by Penguin in 2010). Trying to interpret the ancient world for non-specialist readers is a big part of what I do, and I write regularly on all aspects of antiquity (food, childhood, mathematics, sacrifice...) for the Times Literary Supplement, the Wall Street Journal, and others.

When I was a graduate student, I became interested in the history and archaeology of Turkey, and ended up writing a book on the ancient and medieval history of a particularly beautiful part of south-western Asia Minor (The Maeander Valley: A Historical Geography from Antiquity to Byzantium, 2011). I am still fascinated by ancient Turkey, and have edited a large corpus of ancient and medieval inscriptions from central Anatolia (http://mama.csad.ox.ac.uk), published by the Roman Society in 2013 as Monumenta Asiae Minoris Antiqua XI: Monuments from Phrygia and Lykaonia. I have also edited two books on aspects of Anatolian history, one on the Attalid dynasty of Pergamon (Attalid Asia Minor: Money, International Relations, and the State, 2013), the other on the social history of rural Anatolia (Roman Phrygia: Culture and Society, 2013).

More recently, I have written a handbook to Hellenistic coinage (The Hellenistic World: Using Coins as Sources, 2015) and a very short introduction to the Hellenistic period (The Hellenistic Age, 2016), as well as a book on Artemidorus of Daldis’ The Interpretation of Dreams (An Ancient Dream Manual, 2020). I am currently finishing a book on kinship and family structures in Roman Lydia. I am the Editor of the Journal of Roman Studies.

I am interested in most aspects of the ancient world, but particularly in people on the margins of Greco-Roman society: peasants, slaves, children, women, the illiterate and the underprivileged.

An Ancient Dream Manual: Artemidorus on the Interpretation of Dreams (Oxford: OUP, 2020)

The Maeander Valley: A Historical Geography from Antiquity to Byzantium, (Cambridge University Press 2011)