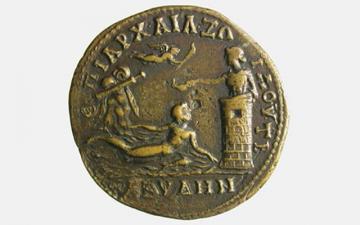 Roman coinage provides a major resource for historians and archaeologists, both of whom require a reliable standard typology. The aim is to provide a standard treatment of all provincial coinage of the Roman Empire from 44 BC to its end in AD 296/7 and to make this freely available online. The website was launched in 2005. It currently includes more than 100,000 coins. Significant redevelopments in recent years, with one new volume added every year since 2014, have transformed the site into the leading reference work on this subject. From its launch the site has also been open to crowdsourced information and has received new material from hundreds of scholars, researchers and collectors from all over the world.

Coins are mass-produced objects and it is important not to confine consideration to the collection of any one museum. This project is based on the ten most important and accessible collections in the world and on all published material. It represents the first systematic treatment of the civic coinage at the height of the Roman empire, and has great importance for the study of cultural, religious, political, economic and administrative history at both a local and an imperial level. The material is also relevant to a wide range of taught courses and is used not just to discover Roman coinage but also to engage with the complexity of the Roman Empire. The site adopts a linked-web approach: when possible, linking the coins to the web page of the museum which owns the actual object, and so encouraging scholars and students to discover related material in museums around the world.