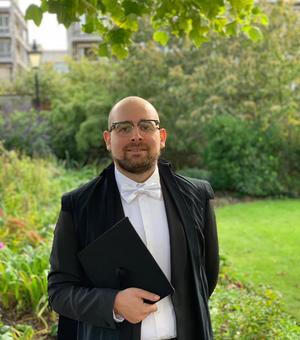 DPhil Ancient History
Thesis title: Style and Identity in the Mediterranean oikoumene: a reappraisal of the monumental Latin sanctuaries in the second and first centuries BC
luca.ricci@some.ox.ac.uk

I am a first-year DPhil student in Ancient History. My project focuses on a series of sanctuaries, erected in Central Italy (in the region of Latium) during the last two centuries of the first millennium BC. These sites displayed elevated platforms (substructiones), axial symmetry and ample use of porticoes, features often thought to be typical of the eastern Mediterranean. Not only did these common “foreign” architectural forms lead scholars to study the sanctuaries as a cohesive group, but they also sparked an ongoing debate regarding dynamics of cultural formation and socio-cultural meaning: how did these sanctuaries come about and what sort of message did they convey? These are the questions that I will be asking as well. Traditional scholarship has interpreted the sanctuaries in light of acculturation theory according to which material culture and its styles are conceived of as having a fixed socio-cultural meaning and its adoption as occurring along direct connection between defined, separate cultural containers. Thus, it should not come as a surprise that the meaning behind the sanctuaries’ forms depended on whether scholars saw their models coming directly from the Hellenistic East or intermediated by Rome. In the first case, the sanctuaries would have symbolised assertions of local, civic pride (somehow emulating the monarchic character of the eastern prototypes at Kos or Rhodes); in the second instance, they celebrated Rome’s expansionism by appropriating forms that were already present in the Urbs.

I move away from such an approach, interpreting the sanctuaries as part of a semantic system. Initially developed by Hölscher, a semantic analysis will treat the sanctuaries as expressing a meaning that depends on the contextual application and not on the historical genesis. Hence, not only did these sanctuaries’ forms had little to do with the Hellenistic kings or with Roman emulation, but their construction was determined by the agency of the commissioners, who could choose the architectural, artistic and stylistic models. What transpires from this is an impellent need to examine the “man-object entanglement” whereby the construction and consequent meaning behind the monumentalised sanctuaries – one could even argue behind material culture in general – was determined by the relationship that occurred between people and objects. I will pay attention to the “operational sequence” of the buildings which should shed light on decision-making processes during the construction phase, further informing us on the sanctuaries’ contextual meanings. Another advantage of a semantic system is that the contextual application does not necessarily have to be only one. As a matter of fact, I will show that the sanctuaries had different meanings in different contexts, namely the local, the regional and the pan-Mediterranean.