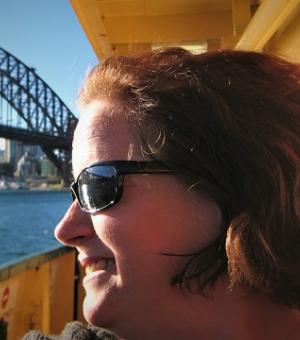 My primary area of research is in Latin prose literature of the imperial era, above all the Roman historian Tacitus. My first monograph, Ordering Anarchy: Armies and Leaders in Tacitus' Histories (London and Ann Arbor, Michigan 1999) explored Tacitus’ creative and subtle characterisation of the four armies which participated in the explosive civil wars of AD68-69 and his representation of the four emperors with whom they were associated, Galba, Otho, Vitellius and Vespasian. This period is uniquely rich in parallel sources (Plutarch, Suetonius, and the epitomised historical narrative of Cassius Dio), which enable us to see how Tacitus puts his own unique stamp on pro-Flavian sources who tended to favour the victor in the civil war, Vespasian.

I have always been interested in how the distinctive syntax and vocabulary of Tacitus' Latin contributes to his historical interpretation of events. I have been able to pursue this and other questions of interpretation in detail through my commentaries on Tacitus Histories Book 2 (Cambridge 2007) and Tacitus Annals Book 15 (Cambridge 2018). I think that it is crucial that Classics should be an accessible subject. In that spirit I co-authored a general handbook with Dr Alison Sharrock (Manchester University), Fifty Key Classical Authors (Routledge 2002) and I also published a children’s book, Mystery History of the Roman Colosseum (Aladdin 1997). My other areas of interest include ancient epistles, Greek and Roman biography, battle narratives, Cicero, Sallust, Livy, Pliny the Elder, and Pliny the Younger, on which I have written various articles over the years.

My current project is a monograph provisionally entitled Chasing Fishes: Pliny the Elder’s Natural History Book Nine and Reflections of Empire. This study will look at emperors, imperialism, and power from an oblique, but illuminating angle. By taking a deep dive into one extraordinarily vibrant and alluring book from Pliny’s monumental Natural History – book nine, about creatures of the sea, rivers, and pools – and considering what sort of world Pliny presents to his readers internally within that book, this text will serve as a prism for looking at the (newly Flavian) empire outside the Natural History. Some preliminary thinking about one aspect of this project was the focal point of my keynote lecture ('Tiberius in Space: Proxemics and the Portrayal of the Princeps') at the University of Queensland where I was honoured to be invited to visit as the R.D. Milns Visiting Professor (July 2017).

Latin Literature options for Mods and Greats, especially authors and topics relating to the imperial period and Roman historiography, and the Tacitus and Tiberius special subject for Mods.