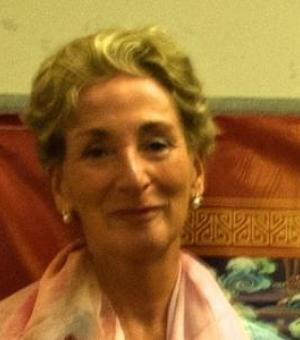 In October 2011 I joined the OeRC as a Senior Research Fellow, having worked with it for a number of years as Professor of Classical Art in the Faculty of Classics.

In the Faculty of Classics An ad feminam post was created in the 1970s to establish the Beazley Archive as an international centre for the study of classical Greek art, teach undergraduates in the Faculty of Classics, supervise more than forty graduates through successful doctorates in Classical Archaeology, and publish four series on classical art with thirteen volumes in eleven years, in addition to publishing my own books, articles and online resources.

My interest in ICT began in 1979 and resulted in the creation of the Archive’s major research databases and the direction of international digital research projects, for example, Corpus Vasorum Antiquorum, the oldest and largest research project of the Union Academique Internationale. During the 1990s I participated in four EU R&D projects in telecommunications. One, RAMA (Remote Access to Museum Archives) was the inspiration for CLAROS, The World of Art on the Semantic Web (http://clarosnet.org) which began in 2008 with the support of the Fell Fund.  When it was launched in 2011 about one million records and images of classical archaeology and art in ten research instiututes in six European countries had been presented as Linked Data. CLAROS was he inspiration for OXLOD (below).

From 2011, as a Senior Research Fellow of the University's e-Research Centre (from 2017 within the Department of Engineering Science) I have been able to pursue my special interest in interoperability/open linked data and facilitating collaborative research across Humanities, Social Sciences and MPLS. From 2011 the Cultural Heritage Programme (http://culturalheritage.ox.ac.uk), supported by a grant from the Fell Fund, brought together Humanities, Law, Technology, Said Business School and the University’s Museums and Collections. An AHRC Network grant, Digital Cultural Heritage (2014-2016) facilitated collarboation with cultural heritage organisations in India and China (http://culturalheritage.ox.ac.uk/dch).

OXLOD (http://www.oerc.ox.ac.uk/news/oxford-linked-open-data) was accepted for capital funding from the University' in April 2017. Beginning in September 2017, and running for one year as a pilot, it will assess the practial benefits of Linked Data for the University's collections with sample data from the Bodleian Libraries, the Ashmolean Museum, Natural History Museum, Pitt Rivers Museum, Museum of the History of Science, Bate Collection and Botanic Garden and from selected academic research data.

Within Wolfson College I created the Digital Research Cluster and directed it until summer 2017.