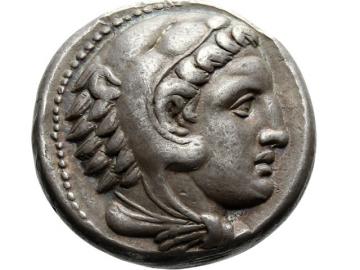 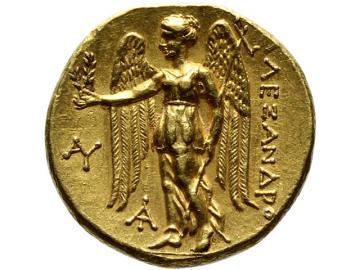 The OPAL project, a collaboration between the University of Oxford and the Bibliothèque nationale de France, focuses on the coinage of Alexander the Great. It seeks to place the collections of this coinage held by both institutions online in a Linked Open Data framework. The OPAL project is designed also to serve as a case study for the role that a digital collection may play in the construction of a virtual, transnational presentation of transnational heritage.

Alexander’s coinage achieved currency across a space from Greece to Afghanistan and as a phenomenon extended beyond Alexander’s life, with production of coins in his name continuing for more than 200 years after his death. Today the material evidence of this period is fragile because the coins themselves are portable and valuable. They easily become removed from the archaeological context in which they are found, or the museums from which they have been plundered in recent years. As a consequence, the vast majority of these objects are scattered in illegal commerce or have been melted down for their precious metal value.  The only places they can be collected, studied and their significance explored is in the collections that have been formed outside the war-zones. Moreover, because of its quantity and dispersion, this body of material cannot easily be studied and is difficult to exploit for the non-specialist.

The project created a group of over 4,000 digitized objects presented through the websites of the Ashmolean Museum, Oxford (http://hcr.ashmus.ox.ac.uk) and the Bibliothèque nationale de France (http://gallica.bnf.fr/accueil/), while also being linked to the PELLA project based at the American Numismatic Society (http://numismatics.org/pella/). Provenance information, which is lost in the case of objects plundered from their countries of origin, but recorded for numerous specimens in Paris and Oxford, is provided and searchable online.

OPAL investigated how such a corpus of material contributes to the understanding of the ancient world. Before Alexander the Great the use of coinage was not intensive, except in rare cases such as that of the city of Athens. Vast regions were completely without coin. The issues struck in the name of Alexander at the end of the 4th century BC completely transformed this situation. Such earlier coinages as had existed disappeared, and areas that had not previously used coins began to do so. A common coinage, on so vast a scale, transformed imperial monetary practices and suggests trends and models for comparative study over a longer durée. These themes, along with others, were considered at an international conference ‘A Linked Open World: Alexander the Great, Transnational Heritage and the Semantic Web’, organized as part of the project, which took place at New College in April 2017. This was accompanied, from November 2016 to May 2017, by a display at the Ashmolean Museum, ‘The Legacy of Alexander the Great: Coinage from a Common Past’.