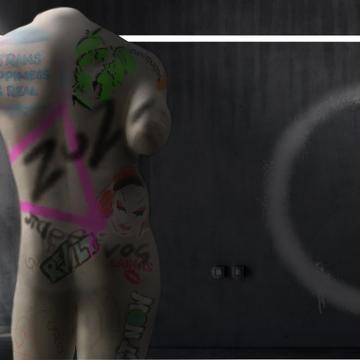 It has been six days since the murder. Six days since Electra watched her estranged brother, Orestes, kill their mother in a brutal act of revenge. Now Electra, Orestes and his lover, Pylades, have to figure out what to do next.

In the wake of the Trojan war the next generation must navigate catastrophe, face their inherited trauma, and try to survive against the odds. But as society collapses, can they trust the whispers of Helen, Menelaus and the gods?

The Oxford Greek play tradition goes back 140 years, and this April we are bringing you a reimagining of Euripides’ little-known classic Orestes.

Join us for an entirely virtual production, combining ancient Greek and new translations with contemporary dance, live comedy and an original soundtrack.

The Oxford Greek Play is a major educational and outreach event for schools, particularly for students approaching GCSEs and A-levels (or equivalent). This year, the play will be predominantly in English, with subtitles for any classical Greek. A short academic discussion with outreach in mind between world-leading specialists Edith Hall, Fiona Macintosh, Natalie Haynes, and Rosa Andújar will feature during the performance. Education packs and further supporting materials will also be available for teachers and students after the performance.

Orestes has been devised at a distance for its online platform, and is being streamed live for one night only on 28th April at 17:00 (running time 1.30hr).

To book your ticket go to https://www.oxfordplayhouse.com/whats-on/all-shows/orestes/13815#details

The performance will also be available to watch on YouTube after the live event.

You can also find @orestesoxford on Instagram, Facebook, Twitter and TikTok, for a peek behind the scenes and to get to know the cast and creatives behind the production.