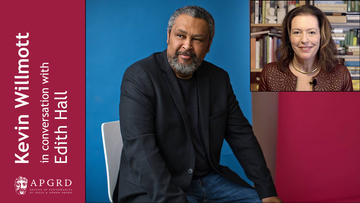 Kevin Willmott (film director, screenwriter, and Professor of Film at the University of Kansas) interviewed by Edith Hall (APGRD co-founder and Professor of Classics at King's College London). In particular, they will be discussing Chi-Raq (2015): a comedy drama based on the story of Lysistrata, co-written by Willmott and directed and produced by Spike Lee.

This APGRD public lecture will be streamed live on YouTube and followed by a live Q&A.