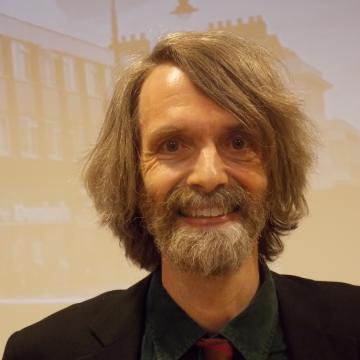 Title:The Greeks and a Short Long History of the Joke

Why do ancient jokes look so modern? Some of the jokes collected in the late antique Philogelos famously persist identically in living tradition today, a phenomenon variously claimed to demonstrate either the universality of joke architecture or its exact opposite, a deep-rooted indebtedness of the western joke to Greco-Roman models. Here the recent landmark studies of Greek and Roman laughter have been politely unimpressed by the emergent discipline of humour studies, with its high confidence in the methods of cognitive linguistics and its undertested claims of psychological universality; but this lecture attempts a more sympathetic reconciliation between historical philology and current humour theory, tracing the emergence of an optimised form for retellable jokes as, pace Beard, an essentially Greek story, whose literary roots reach back to archaic lyric and elegy, but undergo decisive fixations in Hellenistic and imperial book-culture.

Dr Nick Lowe was born in Manchester, grew up in Glasgow, and read Classics at Cambridge, where he did his PhD on Greek religion under Geoffrey Kirk. He is Reader in Classical Literature at Royal Holloway, University of London, where he is a broad Greek and Latin literary specialist with particular interests in comedy, prose fiction, narrative generally, and the interface between literary theory and cognitive science.

Free, all welcome, no booking required.