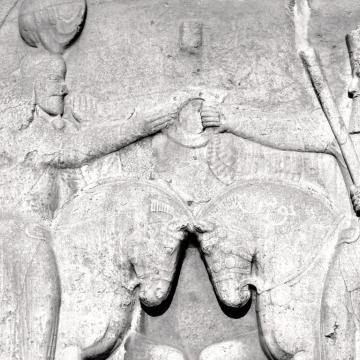 Why did new religious imagery and iconographies emerge in different religious traditions across Asia and Europe in the period AD 200-800?

Taking the broadest possible view, the Empires of Faith project examines imagery from those religions that have survived (Judaism, Buddhism, Christianity and Islam as well as the polytheisms of India) but also many lost religions from the cults of the Roman Empire to Manichaeism. To do so, it looks across the north Atlantic and Mediterranean worlds, the Indian Ocean and beyond, from Britain and Spain in the west to the Indian subcontinent and the borders of China in the east.

The project aims to put the best of new and current research on late antique religious history and archaeology at the University of Oxford side by side with the unparalleled scholarly and material resources of the British Museum, in an experiment in intellectual collaboration between the two institutions in the United Kingdom with the greatest strengths in the material culture of this period.