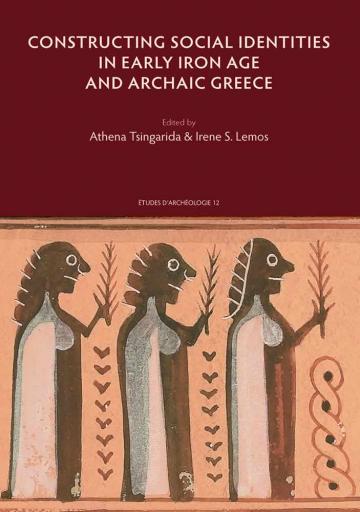 The project focuses on collective practices, such as religious, feasting, and burial rites, reconstructed from material evidence. The aim is to understand how collective practices were employed to articulate distinctive social identities in Early and Archaic Greece. The research was undertaken in the frame of a three-year joint project between the University of Oxford (Professor I. Lemos) and Université libre de Bruxelles (Professor A. Tsingarida) that brought together post-doctoral scholars from both these universities and beyond.

So far a first volume is published presenting the research of the three post-doc scholars. These are: the Late Helladic III-Early Iron Age Amyklaion in Laconia (V. Vlachou); the Late Geometric “Sacred Houses” in Attica (A. Alexandridou), and a number of Archaic necropoleis in Northern Greece (V. Saripanidi). The geographical location and character of these sites provide representative examples of ritual practices. Taking into account new evidence, the three study cases also offer the opportunity to discuss important issues: the continuity of practices between the Late Bronze and Early Iron Age at the Amyklaion; the formation of social identities in feasting activities at particular buildings such as the “Sacred” houses in Attica; and finally the observed changes in the funerary rites at a number of culturally diverse contexts in Northern Greece.

A second volume is in preparation for the publication of the proceedings of the conference “Beyond the Polis. Ritual Practices in Early and Archaic Greece”. The publication of the conference will offer supplementary studies of a number of geographical regions, as well as theoretical and archaeometric approaches to the study of ritual practices from the 12th to the 6th centuries BC.