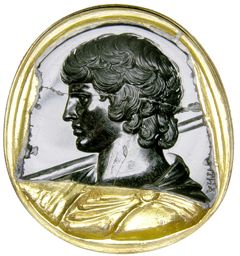 The role of the Classical Art Research Centre is to stimulate, conduct and support leading research on all aspects of ancient Greek and Roman art. It carries out its own research projects (notably on ancient gem engraving and classical connections with Central Asian art), as well as organizing a variety of seminars, workshops and conferences. It also produces three series of academic publications. A particular emphasis is placed on supporting graduate students and fostering specialist research skills in classical art history. CARC occupies the top floor of the Ioannou Centre at 66 St Giles'. All students are welcome to consult the small library housed there in CARC's study-room.

The Centre has its origins in the famous Beazley Archive, which remains central to its activities. The Archive contains the world's largest collection of photographs of ancient figure-decorated pottery, as well as many thousands of other photographs, historic notes, drawings, and gem-impressions. Through the CARC website, the Beazley Archive also runs several online databases. The Beazley Archive Pottery Database is used by tens of thousands of researchers internationally and is the most important online resource for studying Attic pottery. The Archive also hosts CVA Online (the electronic Corpus Vasorum Antiquorum) and databases devoted to archaeological photographs, classical and neoclassical gems, and Etruscan and Italic architectural terracottas.