We are delighted to announce the publication of Revisiting the Codex Buranus, edited by Tristan E. Franklinos 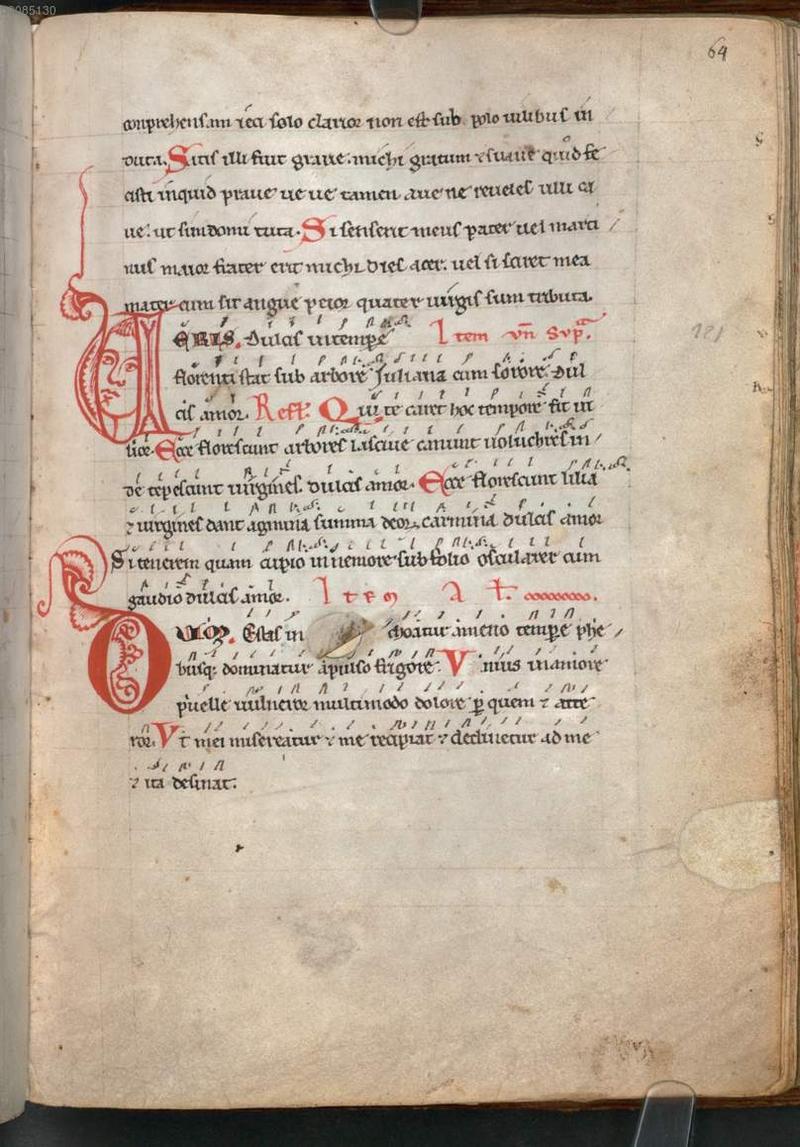 The late Peter Godman’s dictum that ‘no one masters all the skills required by the Carmina Burana’1 testifies to the complexity of the Codex Buranus and the rich diversity of texts it contains. The manuscript’s hybridity has fascinated and challenged academic and popular audiences since its rediscovery at the Benedictine monastery of Benediktbeuern (from which it takes its name) in 1803.

First edited by Johann Andreas Schmeller in 1847, the Codex Buranus defies attempts at scholarly taxonomy, and debate about the manuscript’s provenance continues to loom large. A compilation date of ~1230 is now commonly accepted for the Codex Buranus; of the possible locations suggested for its creation, Brixen’s cathedral (and its affiliated school) and the nearby Augustinian monastery of Neustift seem to be the most likely candidates. Though this cathedral and monastery were closely connected in the Middle Ages and should not be seen as entirely distinct contexts, the differences between these institutions is highlighted by, and indicative of, the hybridity of the manuscript’s contents:

Given the diversity and apparent disjunction of its contents, it is perhaps unsurprising that no single scholar has attempted to offer a comprehensive, book-length study of the Codex Buranus. Interdisciplinary, intercultural exchange is as crucial to the manuscript’s scholarly rediscovery as it was to its inception and production—and it is such dialogue that Revisiting the Codex Buranus seeks to model.

Revisiting the Codex Buranus presents a collaborative exploration of the manuscript from a variety of perspectives, (re)considering the context of its production, the composition of its texts, and the interpretation—medieval and modern—of its contents. For the first time, the intra-disciplinary discourses of medieval Latinists, Germanists, and musicologists are brought into conversation with one another. This kaleidoscope of approaches not only provides a resumé of previous scholarly enquiry into the Codex Buranus within a single volume, but allows for a new appreciation of the manuscript’s unique complexity. The volume hopes to become the starting point for renewed interest in the Codex Buranus, seeking to facilitate further study by the provision of comprehensive tabular overviews of the manuscript’s contents and of the extent of its notation.