We are delighted to announce the publication of Beyond the Polis, edited by Irene Lemos 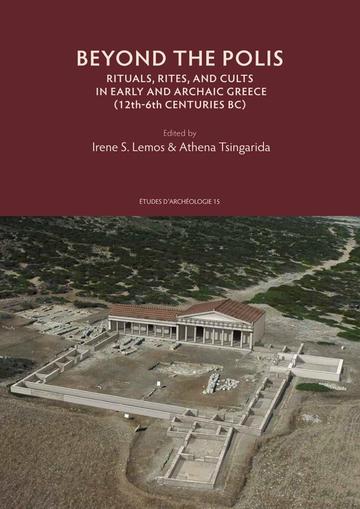 Beyond the Polis. Rituals, Rites and Cults in Early and Archaic Greece (12th – 6th centuries BC)

Edited by Irene S. Lemos and Athena Tsingarida, this peer reviewed volume is the proceedings of an international conference and the publication of the research that resulted from a three-year joint project between the University of Oxford and the University libre de Bruxelles (ULB), initially entitled “Beyond the polis. Ritual practices and the construction of social identities in Early and Archaic Greece (12th-6th centuries BC)”. The project was generously funded by the Foundation Philippe Wiener-Maurice Anspach with contributions from Merton College, Oxford and the CReA-Partimoine in Brussels.

The volume is divided into four sections. Section I includes papers related to several theoretical approaches. They address important questions of wider perspectives such as the role of cult and ritual in constructing social identities through multi-levelled perspectives, often beneath or beyond the polis; the continuity in cult and ritual from the Mycenaean period to the 8th century BC; the challenging methodological issue about the definition of the terms “ritual” and “religion”; and finally the identification/reconstruction of such practices from archaeological evidence. Sections II and III present regional cases from a variety of sites that date from the Mycenaean to the Archaic periods. In these sections, a number of papers present new and unpublished material (Xeropolis at Lefkandi, Despotiko), while others offer new approaches to the study of old material (Thessaly, Eleusis, the Cyclades) or new results from on-going excavations (Lykaion, Itanos, Kolonna Aegina). Section IV takes into account the two main categories of paleoenvironmental evidence: botanical and zoological remains. The first paper discusses the range of possible roles of marine animals in ritual activities, while the two other articles present case studies from concrete examples with a special focus on the site of Lefkandi.