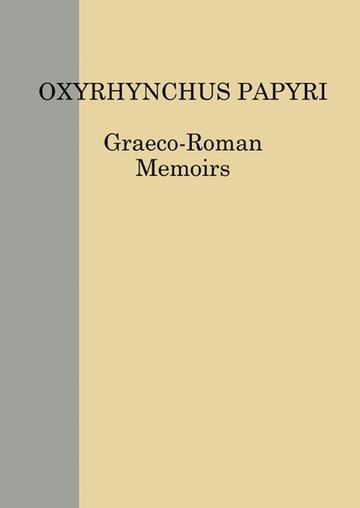 P.Oxy. LXXXIV marks a new departure for the series: it is the first to publish texts in Egyptian. One is a Greek–Coptic paraphrase of Homer's Iliad, the other a sale of house property in Demotic accompanied by a Greek tax receipt. Section I presents extensive remains of a set of codices of the Septuagint. Section II includes a miscellany of new literary and subliterary texts: remnants of post-Classical hexameter poetry, a possible fragment of Middle comedy with an Anacreontic theme, and a cento of Homeric verses on the myth of Daphne. The seventeen papyri of Apollonius Rhodius published in Section III, providing some two dozen new readings, confirm the Argonautica's status as the most popular epic poem in Roman Egypt after the Homeric and Hesiodic classics. The papyri of Apollonius are complemented by a painting of a wheeled float carrying the Argonauts, perhaps an illustration of a local spectacle. Section IV publishes twenty declarations of livestock from the first and second centuries, and the largest number of accounts from the sixth-century 'Apion archive' since vol. XVI. The global figures for the Apion estate's income, expenditure, and tax payments offer fresh data to inform the lively debate about the economy of this prominent Oxyrhynchite institution.

More details are to be found here.