The Epigraphy of Ptolemaic Egypt (OUP) 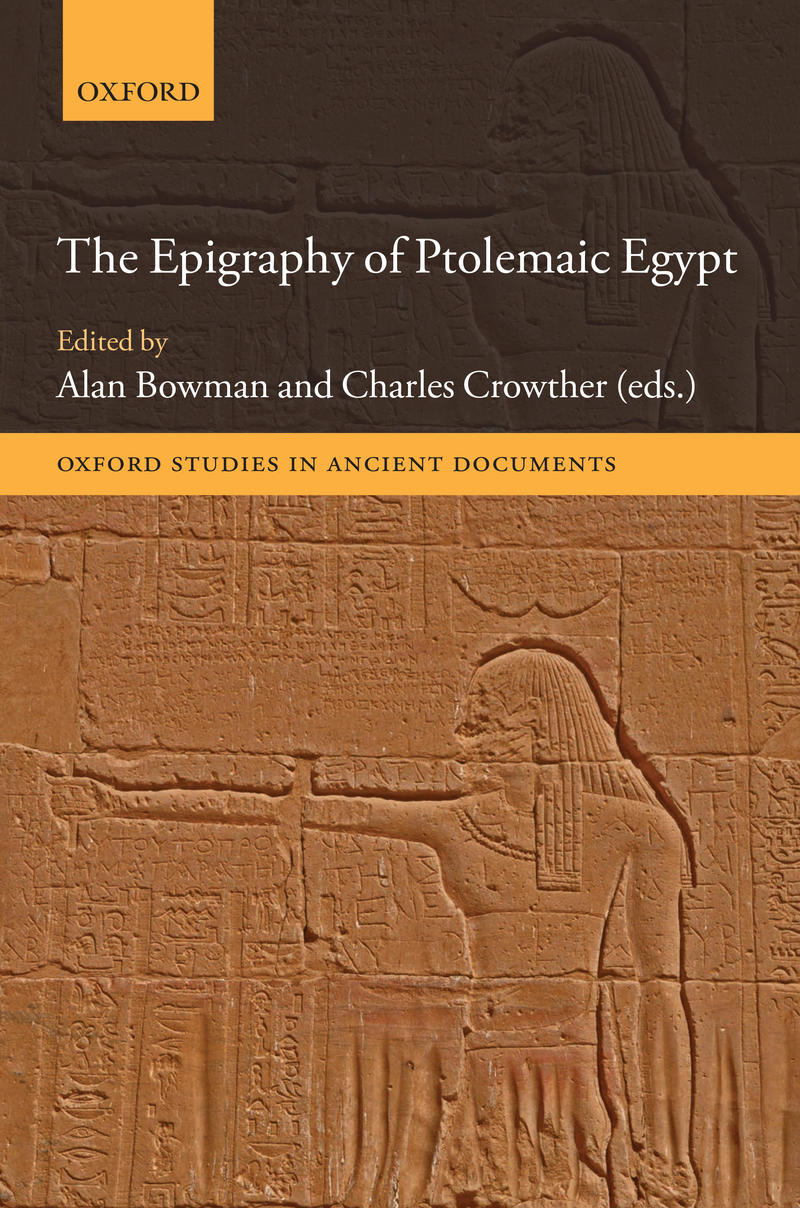 The Ptolemaic period in Egypt (332-30 BC) is one of the most well-documented periods of the Hellenistic age: in addition to the papyrological record there are more than 600 surviving Greek and Greek/Egyptian bilingual and trilingual inscriptions, ranging from massive public monuments, such as the Rosetta Stone, to small private dedications, funerary plaques, and metrical epigrams for the deceased. This volume offers a series of detailed studies of the historical and cultural contexts of these important inscriptions and is intended to complement the multi-volume Corpus of Ptolemaic Inscriptions edition, in which the Greek and Egyptian texts will be presented together for the first time.

The subjects discussed in the twelve chapters range widely across a variety of sub-disciplines, from advances in new technologies of image-capture, the juxtaposition of Greek and Egyptian elements in the layout and iconography of the monuments, and the palaeography of the Greek texts, to the history of the acquisition and study of the great bilingual decrees voted by the priests of the indigenous Egyptian cults, the introduction of Greek civic administration and communal associations in the cities and villages, and the role of the military in monumental commemoration. Particular attention is given to the role of indigenous and Greek religious institutions in Alexandria and the towns and villages of the Nile Delta and Valley, in which commemorative dedications to divinities of temples and statues by the monarchs and by private individuals are numerous and prominent.

In a period shaped by the interplay between Egyptian and Greek culture, the existence of public and private inscribed monuments was a vital element of dynastic control. The unique insights offered by this thorough examination of the epigraphical landscape of Ptolemaic Egypt are invaluable to understanding the ways in which the Greek immigrant rulers and population established and reinforced their social and cultural dominance of an indigenous population which had its own long-established and traditional written and iconographic mode of public and private communication.