The Cambridge Companion to Sappho (CUP) 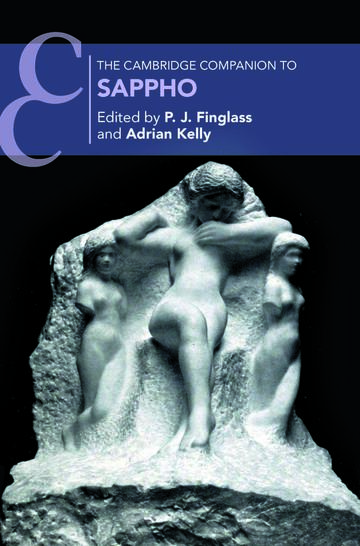 No ancient poet has a wider following today than Sappho; her status as the most famous woman poet from Greco-Roman antiquity, and as one of the most prominent lesbian voices in history, has ensured a continuing fascination with her work down the centuries. The Cambridge Companion to Sappho provides an up-to-date survey of this remarkable, inspiring, and mysterious Greek writer, whose poetic corpus has been significantly expanded in recent years thanks to the discovery of new papyrus sources. Containing an introduction, prologue and thirty three chapters, the book examines Sappho’s historical, social, and literary contexts, the nature of her poetic achievement, the transmission, loss, and rediscovery of her poetry, and the reception of that poetry in cultures far removed from ancient Greece, including Latin America, India, China, and Japan. All Greek is translated, making the volume accessible to everyone interested in one of the most significant creative artists of all time.