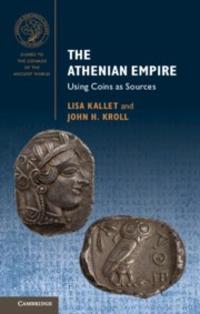 Part of Guides to the Coinage of the Ancient World

Coinage played a central role in the history of the Athenian naval empire of the fifth century BC. It made possible the rise of the empire itself, which was financed through tribute in coinage collected annually from the empire's approximately 200 cities. The empire's downfall was brought about by the wealth in Persian coinage that financed its enemies. This book surveys and illustrates, with nearly 200 examples, the extraordinary variety of silver and gold coinages that were employed in the history of the period, minted by cities within the empire and by those cities and rulers that came into contact with it. It also examines how coins supplement the literary sources and even attest to developments in the monetary history of the period that would otherwise be unknown. This is an accessible introduction to both the history of the Athenian empire and to the use of coins as evidence.