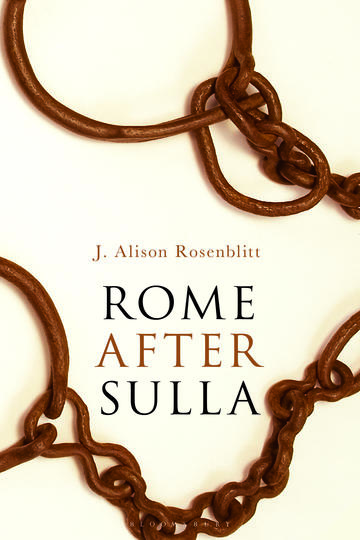 Rome after Sulla offers a new perspective on the damaged, volatile, and conflictual political culture of the late Roman republic. The book begins with a narrative of the years immediately following the dictatorship of Sulla (80-77 BC), providing both a new reconstruction of events and original analysis of key sources including Cicero’s pro Roscio, Appian, the Livian tradition, and Sallust’s Historiae. Arguing that Sulla’s settlement was never stable, Rome after Sulla emphasises the uncertainty and fear felt by contemporaries and the problems caused in Rome by consciousness of the injustices of the Sullan settlement and its lack of moral legitimacy.

The book argues that the events and the unresolved traumas of the first civil war of the Roman republic triggered profound changes in Roman political culture, to which Sallust’s magnum opus, his now-fragmentary Historiae, is our best guide. An in-depth exploration of a new, more Sallust-centred vision of the late republic contributes to the historical picture not only of the legacy of Sulla, but also of Caesar and of Rome’s move from republic to autocratic rule. The book studies a society grappling with a question broader than its own times: what is the price of stability?