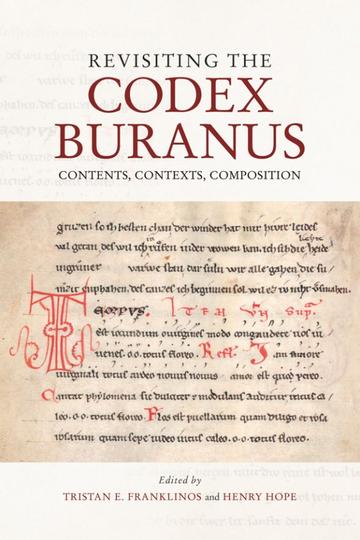 The Codex Buranus, compiled, in all likelihood, in South Tyrol in the first half of the thirteenth century, has fascinated modern scholars and performers ever since its rediscovery in 1803. Its diverse range of texts (some famously featuring in Carl Orff's Carmina Burana) and music gives testimony to the intensely vibrant, plurilingual, and multicultural milieu in which the Codex Buranus was compiled, but poses a challenge to modern users. Perhaps more so than many other medieval manuscripts, it is an artefact which demands, and benefits from, an interdisciplinary approach.

The chapters here, from scholars in a variety of fields, enable the less well-known aspects of the Codex Buranus - textual, musical, and artistic - to receive greater scrutiny, and bring new perspectives to bear on the more thoroughly explored parts of the manuscript. Making accessible existing discourse and encouraging fresh debates on the codex, the essays advocate fresh modes of engagement with its contents, contexts, and composition. They also examine questions of its reception history and audience.