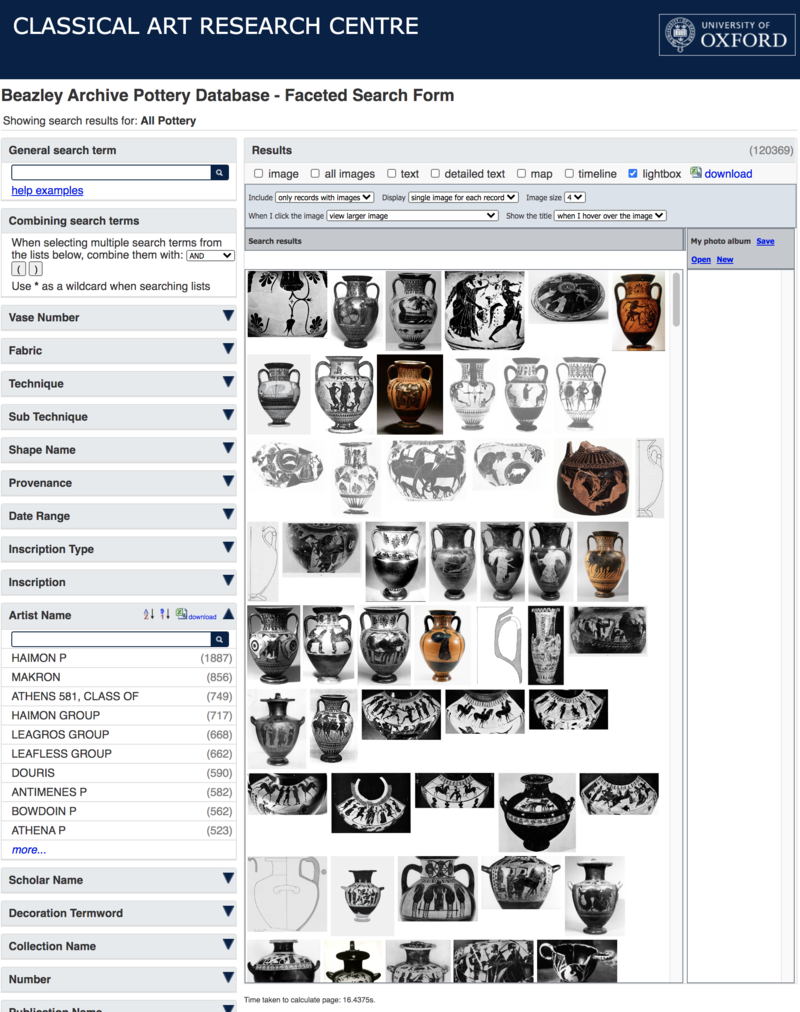 We are delighted to announce that the Beazley Archive Pottery Database has just topped 120,000 records – our goal for celebrating the 50th anniversary of the archive as a public resource (and Sir John Beazley’s death in 1970). We are immensely grateful to all who have supported the project over the years, including the British Academy, the Monument Trust, private donors, and the Oxford Faculty of Classics.  We also take this opportunity to thank our BAPD researchers, Dr Thomas Mannack and Dr Diana Rodríguez Pérez, their various predecessors over the years, Greg Parker, who developed and still maintains the BAPD, and particularly CARC’s former director (and founder), Prof Donna Kurtz, who created it in its original form some 40 years ago.

This year’s annual CARC workshop was intended to celebrate our anniversary with the subject of ‘Beazley for the 21st Century’. The covid19 emergency unfortunately obliged us to postpone, but we will update you on new arrangements, very provisionally scheduled for around the end of September 2021.