Oxford’s first woman don, classicist Annie Rogers, has been commemorated for her work as a ceaseless campaigner for women’s full membership of Oxford University. 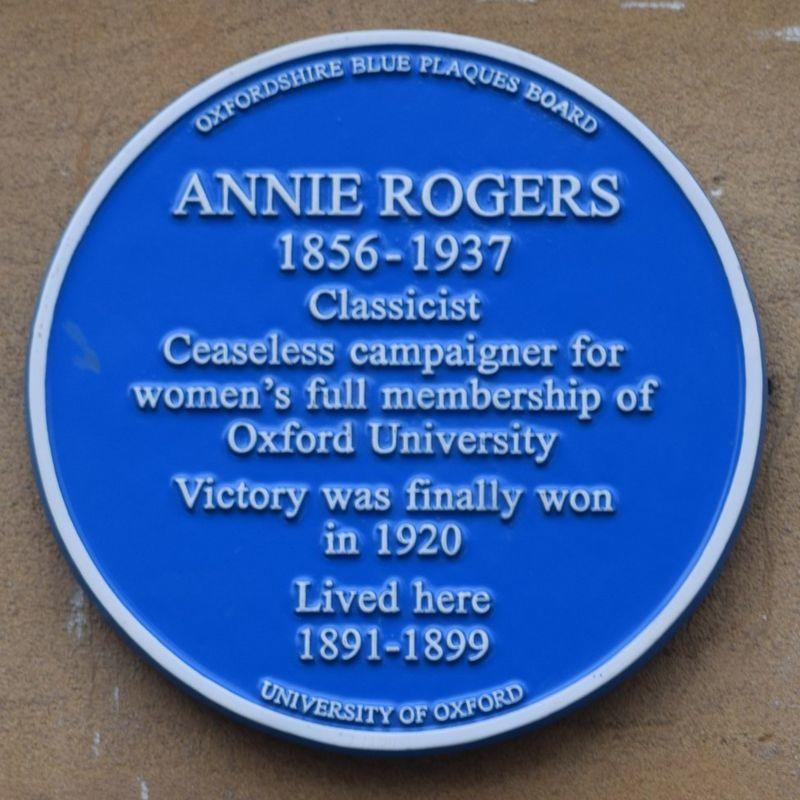 Annie Rogers gained first class honours in Latin and Greek in 1877 and Ancient History in 1879 at Oxford University, becoming classics tutor at St Hugh’s Hall in 1907, and an Honorary Fellow in 1936.

She was the secretary of Association for Promoting the Higher Education of Women, which was influential in the campaign for women to earn full degrees at Oxford. The blue plaque, secured to her former residence at 35 St. Giles’ last Tuesday, commemorates the centenary of Roger’s triumph in October 1920 when Oxford University finally granted women full membership and the right to take degrees.

Read more about the day that women were granted full membership of the University of Oxford in Mena Sultan’s article in The Guardian.