Making and Rethinking the Renaissance: Between Greek and Latin in 15th-16th Century Europe (de Gruyter 2019) 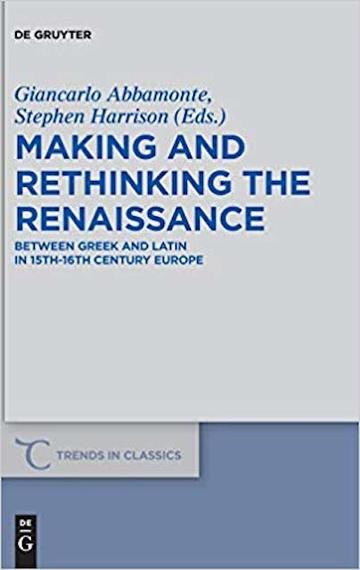 Over the past thirty years it has become evident to scholars that humanism, through the re-appreciation of classical antiquity, created a bridge to the modern era, which also includes the Middle Ages. The criticism by the humanists of medieval authors did not prevent them from using a number of tools that the Middle Ages had developed or synthesized: glossaries, epitomes, dictionaries, encyclopaedias, translations, commentaries. At present one thing that is missing, however, is a systematic study of the tools used for the study of Greek between the 15th and 16th century; this is truly important, because, in the following centuries, Greek culture provided the basis of European thought in all the most important fields of knowledge. This volume seeks to supply that gap.

For more details from de Gruyter