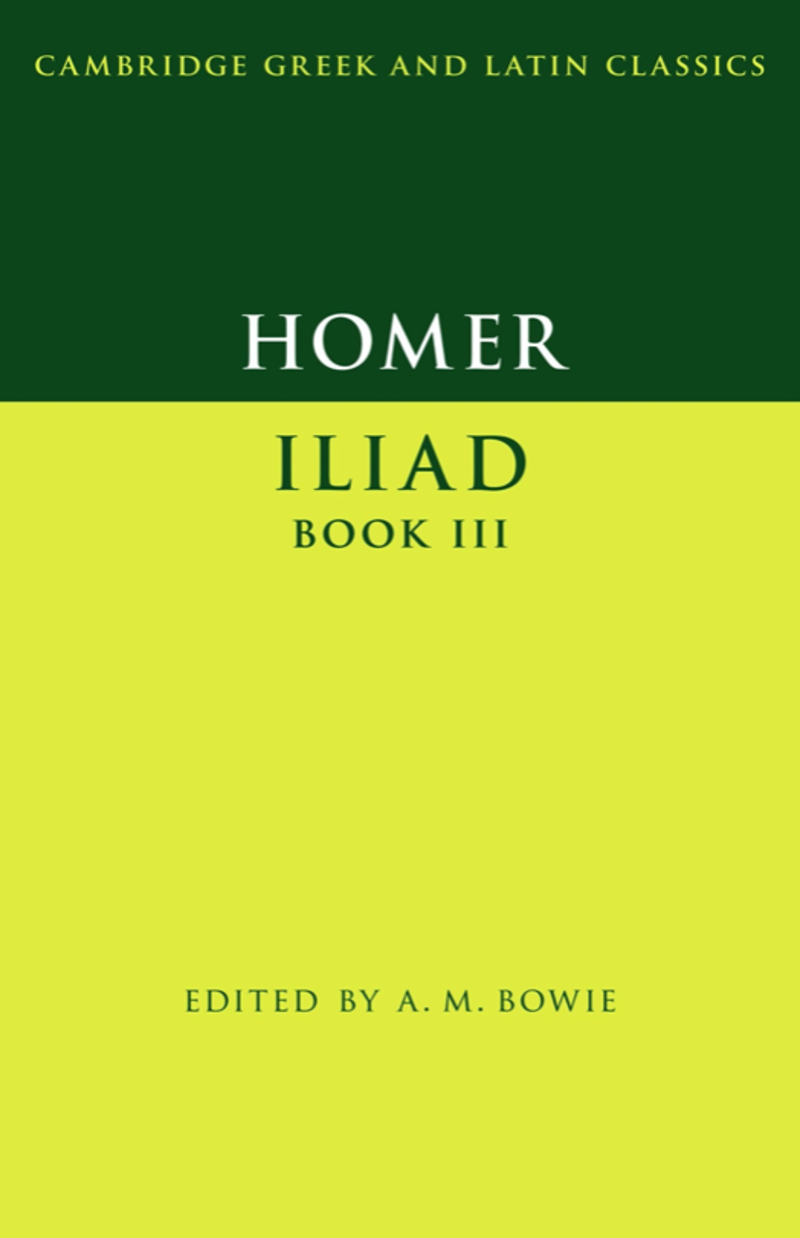 One of the most diverse books in the Iliad, Book III moves between intimate scenes in the heart of Troy and scenes serious and comic on the battlefield. It describes a major ritual in an elaborate oath-swearing, assigns a major role to divine intervention, introduces and characterises the main Trojan actors and reveals more about their Greek counterparts. The commentary discusses the styles of Homeric narrative, illustrating especially its economy and sophisticated handling of different time-scales. It situates the Iliad in its broad cultural and historical contexts, through consideration of the relationships between Greece and the Anatolian, Mesopotamian and ancient Indian cultures, particularly regarding shared story-patterns and ritual activity. An account is given of Troy's relationships with the Hittite empire and the vexed question of the historicity of the Trojan War. Also provided is a full historical account of Homeric language. The edition will be indispensable for students and instructors.