Gods and Mortals in Early Greek and Near Eastern Mythology (CUP) 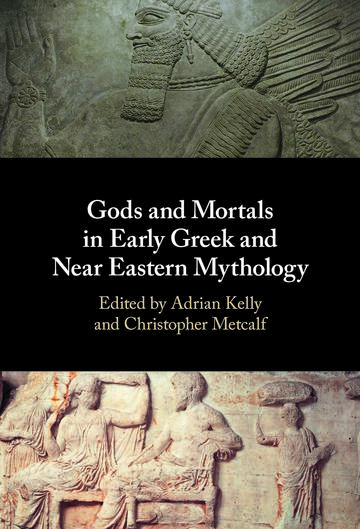 This volume centres on one of the most important questions in the study of antiquity – the interaction between Greece and the Ancient Near East, from the Mycenaean to the Hellenistic periods. Focusing on the stories that the peoples of the eastern Mediterranean told about the gods and their relationships with humankind, the individual treatments draw together specialists from both fields, creating for the first time a truly interdisciplinary synthesis. Old cases are re-examined, new examples discussed, and the whole range of scholarly opinions, past and present, are analysed, critiqued, and contextualised. While direct textual comparisons still have something to show us, the methodologies advanced here turn their attention to deeper structures and wider dynamics of interaction and influence that respect the cultural autonomy and integrity of all the ancient participants.

Introduction; Part I. Contexts: 1. ‘Let Those Important Primeval Deities Listen': The Social Setting of the Hurro-Hittite Song of Emergence; 2. Siting the Gods: Narrative, Cult, and Hybrid Communities in the Iron Age Mediterranean; 3. Politics, Cult, and Scholarship: Aspects of the Transmission History of Marduk and Ti.amat's Battle; 4. The Scholar and the Poet: Standard Babylonian Gilgameš VI vs. Iliad 5; Part II. Influence: 5. Playing with Traditions: Deliberate Allusions to Near Eastern Myth in Hesiod's Story of the Five Human Races; 6. Etana in Greece; 7. The World of Gods and Men: Animal and Plant Disputation Poems and Fables in Babylonia, Persia, and Greece; 8. Tales of Kings and Cup-bearers in History and Myth; 9. There Were Nephilim; 10. Mythical Time in Mesopotamia; Part IIIDifference: 11. Borrowing, Dialogue and Rejection: Intertextual Interfaces in the Late BronzeAge; 12. Divine Labour; 13. Comparison: Relevance and Significance of Linguistic Features;
14. Fate and Authority in Mesopotamian Literature and the Iliad; 15. Fashioning Pandora: Ancient Near Eastern Creation Scenes and Hesiod; 16. Sexing and Gendering the Succession Myth in Ancient Greece and the Near East.