Part I: Greek, Bilingual, and Trilingual Inscriptions from Egypt 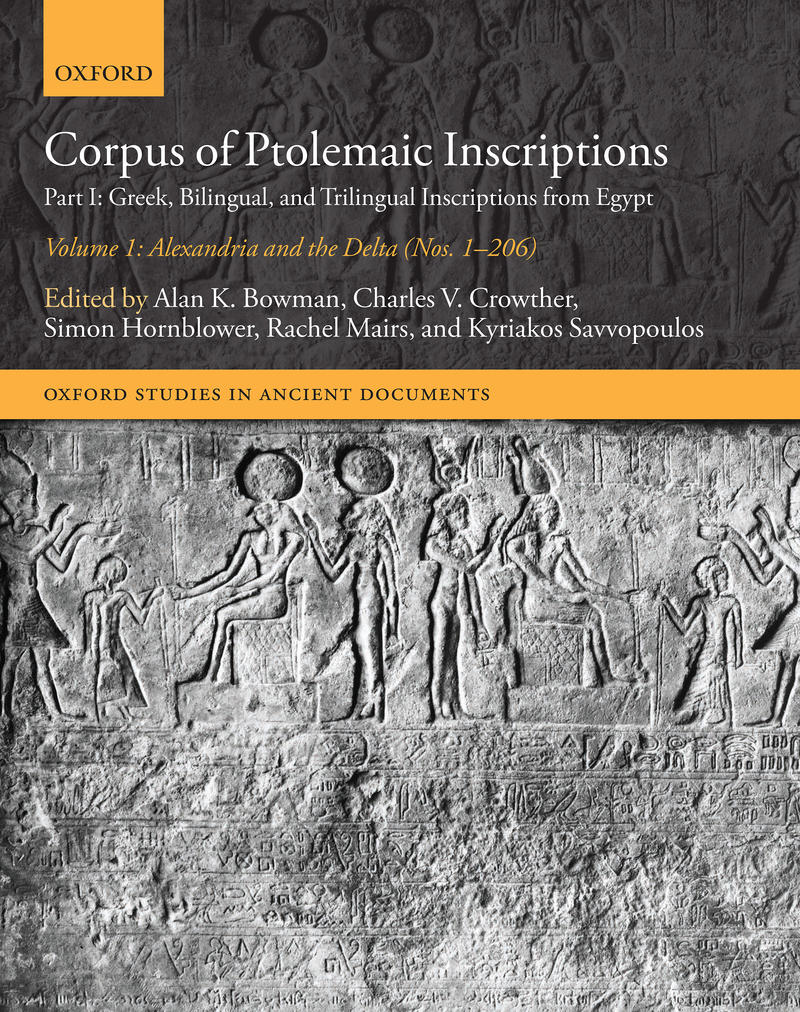 Partly to assess an era,

partly too to pass the time,

last night I picked up a collection

of inscriptions of the Ptolemies to read…

For insomniacs and historians of Egypt and the Hellenistic world a new collection of Ptolemaic inscriptions offers the opportunity to relive Cavafy's imagined experience. The Corpus of Ptolemaic Inscriptions collects more than 650 documents from Egypt in the three centuries from the arrival of Alexander the Great to the death of Cleopatra. The inscriptions range from short texts punched into precious metal or painted on glass plaques to monumental documents on granite and marble, from graffiti and epitaphs to hymns and multilingual priestly decrees such as the Rosetta Stone written in Egyptian Hieroglyphic, Demotic and Greek. A distinctive feature of the Corpus is that multilingual inscriptions are presented in single editions with Hieroglyphic, Demotic and Greek texts together, rather than divided between separate language volumes in different sections of a libary. As Alan Bowman observes, ‘It hardly needs pointing out that in order to see the Rosetta Stone one does not have to go to three different rooms in the British Museum’. The first volume of the Corpus, which collects inscriptions from Alexandria and the Nile Delta was published on April 15 by Oxford University Press. Please find further details here.