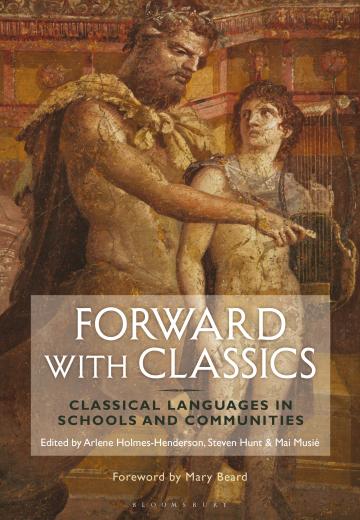 Since 2014, Latin and Ancient Greek have appeared on the Key Stage 2 national curriculum as languages suitable for study by 6-11 year olds in England. Since 2016, some primary schools in Scotland have been teaching Latin as part of the European 1+2 languages initiative. The Classics in Communities project seeks to 1) equip teachers with the knowledge, skills and resources required to teach Latin/Greek in their primary classrooms and 2) investigates what impact the learning of ancient languages has on children's cognitive development (by collecting quantitative and qualitative data from schools around the UK).

The project is a partnership between the Faculty of Classics in Oxford, the Faculty of Classics in Cambridge and the Iris Project. The Classical Association has also supported the project financially. Now into its fourth and final year, the project has engaged with hundreds of teachers and provided training events in London, Oxford, Cambridge, Birmingham, Glasgow and Belfast. The website is full of information for teachers new to Latin/Greek including tips on introducing Classical languages, funding opportunities, classroom resources, pedagogical videos and skills progression grids.

Dr Arlene Holmes-Henderson, the project's research fellow, is overseeing the final stages of data collection in summer 2018. The longitudinal data will then be analysed and findings published as an educational research study in 2019.

The project has hosted 2 international conferences (one in Oxford in 2013 and another in Cambridge in 2015). 'Forward with Classics: Classical languages in schools and communities' is an edited volume detailing innovative approaches to Classics teaching around the world (e.g. in Australian and Brazilian schools, South African prisons and rural Irish villages). It will be published by Bloomsbury Academic in August 2018.