A Catalogue of the Sculpture Collection at Wilton House (Archeopress) 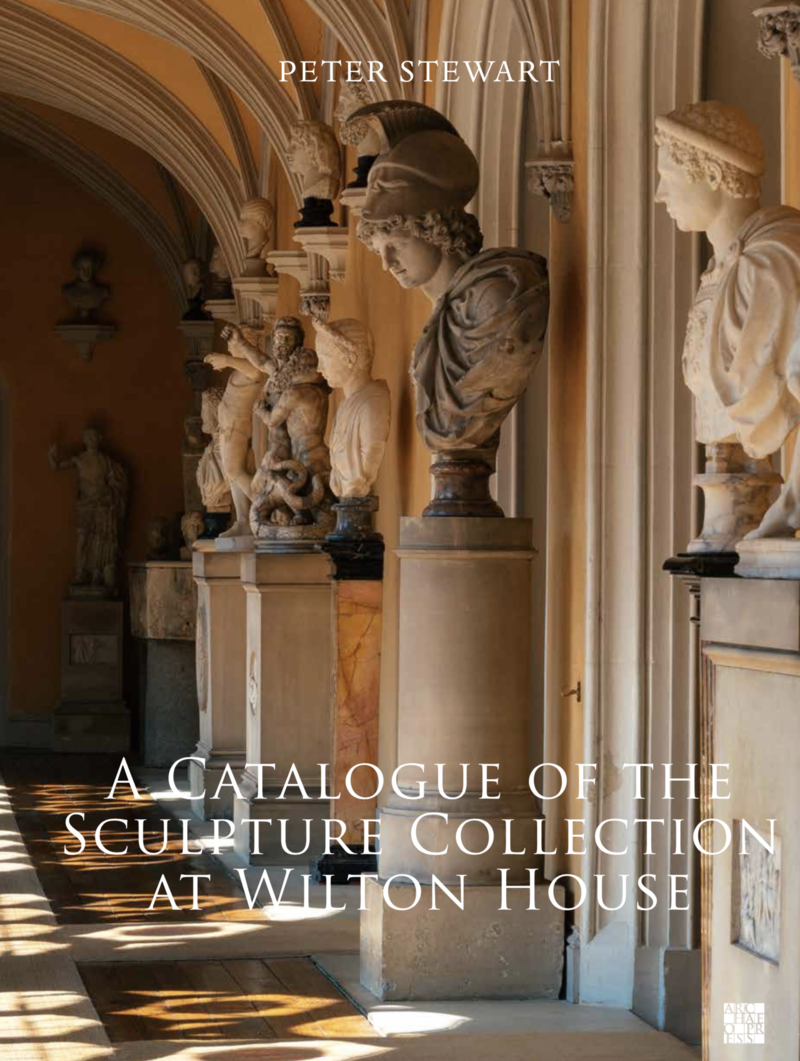 By Peter Stewart with new photography by Guido Petruccioli.

The Wilton House sculptures constituted one of the largest and most celebrated collections of ancient art in Europe. Originally comprising some 340 works, the collection was formed around the late 1710s and 1720s by Thomas Herbert, the eccentric 8th Earl of Pembroke, who stubbornly ‘re-baptized’ his busts and statues with names of his own choosing. His sources included the famous collection of Cardinal Mazarin, assembled in Paris in the 1640s and 1650s, and recent discoveries on the Via Appia outside Rome. Earl Thomas regarded the sculptures as ancient – some of them among the oldest works of art in existence – but in fact much of the collection is modern and represents the neglected talents of sixteenth-and seventeenth-century artists, restorers and copyists who were inspired by Greek and Roman sculpture.

About half of the original collection remains intact today, adorning the Gothic Cloisters that were built for it two centuries ago. After a long decline, accelerated by the impact of the Second World War, the sculptures have been rehabilitated in recent years. They include masterpieces of Roman and early modern art, which cast fresh light on Graeco-Roman antiquity, the classical tradition, and the history of collecting.

Illustrated with specially commissioned photographs, this catalogue offers the first comprehensive publication of the 8th Earl’s collection, including an inventory of works dispersed from Wilton. It re-presents his personal vision of the collection recorded in contemporary manuscripts. At the same time, it dismantles some of the myths about it which originated with the earl himself, and provides an authoritative archaeological and art-historical analysis of the artefacts.

Guido Petruccioli is an Oxford University-trained classical archaeologist and professional photographer with specialist interests in Roman imperial portraiture and the documentation of ancient sculpture.