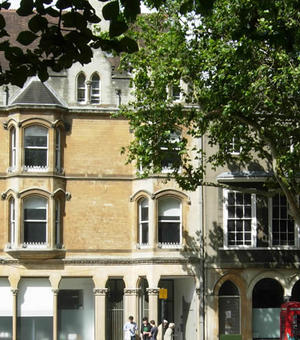 After my undergraduate degree, I worked as field archaeologist on rescue excavations around the UK. I then came back to graduate study at Oxford. I was employed from 2007-2010 as a Junior Teaching Fellow at St John's College, Oxford, and from 2010-2011 held a post-doctoral research fellowship at the Université Libre de Bruxelles. Since then, I have worked in Oxford as the Katherine and Leonard Woolley Junior Research Fellow at Somerville College, and then as a Lecturer at St John's College. I am now a Departmental Lecturer in the Classics Faculty, based at Lincoln College.

I am an archaeologist specializing in the visual cultures of the ancient Mediterranean world. My current research examines experiences of cultural change among the diverse peoples of the Roman Empire through the images that they commissioned. The Roman period saw people employ stone portraits on a scale not seen before, or since. The project I'm currently finishing uses this significant commemorative phenomenon to explore the changes in self-representation that emerged around the Roman world in response to Roman imperialism. It examines images in their original funerary contexts, in a geographically wide ranging span of monuments (from Syria to Germany, Romania to North Africa), and employs this material evidence to examine how contact with Rome led to the development of new artistic traditions, body ideals, gender values and new ways of expressing social prestige as well as reshaping attitudes to memory and commemoration. In addition, I am involved in a range of other projects, publishing work on sculpture from sites in Libya, Syria, and Macedonia. I enjoy participating fieldwork, and have worked on a variety of projects at sites around the ancient world, including Miletus in Turkey, Alba Fucens in Italy, and Noviodunum in Romania.

I teach Greek and Roman art and archaeology options to undergraduate and graduate students.