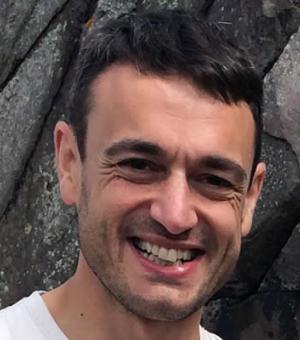 I read classics at Oxford for my first degree, before moving to the history department at UCL (mostly working in the Institute of Classical Studies) to do my doctorate on the provincialisation of Sicily under the Roman Republic. I intermitted for one year during my doctorate to spend a year in the Institute of Archaeology (UCL) following the MA course in archaeology. My first teaching post was at the University of Leicester, in the School of Archaeology and Ancient History, as a lecturer in ancient history. I have worked on excavations in Germany, Italy and Sicily. As a result I am a text-based classicist by training, with a strong grounding in material culture, and I have spent time in classics, history and archaeology departments. My increasing focus on epigraphy, which bridges textual and material culture has been strongly influenced by this career path. I moved to my current post in Oxford in 2005.

My doctorate was on the transformation of Sicily into the first Roman province and understanding Hellenistic and Roman Sicily remains a core focus of my research, alongside wider interests in Roman Republican imperialism and political culture, Hellenistic and Roman epigraphy, and a growing involvement in the digital humanities. Many of these interests come together in one of my current major projects, I.Sicily, building a digital corpus of the inscriptions of ancient Sicily (sicily.classics.ox.ac.uk). The project is a leading example of the application of digital techniques to the publication of inscriptions, and is also developing an extensive network of collaborations with museums and scholars across the island, and I am involved in multiple epigraphic projects on the island, including curation of an exhibition at the Museo Civico di Catania, cataloguing the collection of the Syracuse museum, co-editing the Taormina financial inscriptions, publishing the Egadi rostra inscriptions, and co-curating a new lapidarium at the site of Halaesa. I am also now co-directing an archaeological excavation at the Hellenistic/Roman site of ancient Halaesa in northern Sicily (halaesa.web.ox.ac.uk). I have, additionally, been collaborating for a number of years on a French project to produce a new edition (text, translation, commentary) of Cicero's Verrines.

Beyond Sicily my interests in Roman Republican imperialism have been focused in particular on the phenomenon of 'auxilia externa', the use by Rome of non-Italian soldiers across the Republican empire (which in turn entails a wider engagement in Roman military history); and on the application of data visualisation techniques to the analysis of Roman Republican history (vre.web.ox.ac.uk) in an attempt to challenge the existing narrative framework (part of a broader engagement with the problems of 'Roman imperialism' in general). The co-edited volume 'The Hellenistic West' (Cambridge 2013) exemplifies my wider concerns with Sicilian, Hellenistic and Roman history and challenging established frameworks.

Undergraduate teaching: primarily papers relating to Roman Republican history (period papers 241-146 BC, 146-46 BC, 46 BC - AD 54; Cicero and Catiline) and I regularly teach the final year class on Cicero: Politics and Thought.
Masters teaching: Roman Republican and hellenistic history, and epigraphy (including digital methods).
PhD supervision: I have supervised and am currently supervising doctoral students in Roman Republican history (including Polybius, republican provinces, and the Roman army) and ancient Sicily (including Agathokles and religious identity in western Sicily) and would welcome students in these areas and others, including epigraphy and in the application of digital humanities to classical studies.