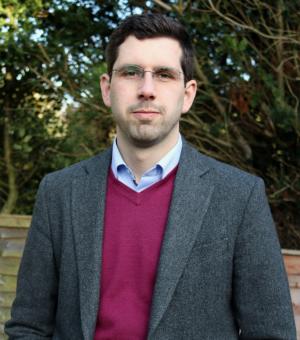 Generally speaking, I am a Classical archaeologist with a strong predilection for Roman archaeology. Nonetheless, my interests cover a wider area, including Greek and Roman architecture and architectural decoration, Mediterranean urbanism and urban studies from the early Archaic period to Late Roman times, Roman and Italic sanctuaries, archaeological method and theory, Greek and Roman art, especially portraiture and sculpture, ancient construction techniques and design, material culture and architecture of the Roman provinces, and virtual reconstruction and cultural heritage. I always try to look at Greek and Roman art, architecture and material culture in their Mediterranean context, with particular regard to aspects of cultural transfer, traditions and innovations.

As a trained Classical archaeologist, my research covers a wide array of topics from Archaic Greece to the Roman Empire, with a special focus on Roman architecture, architectural decoration, urbanism, and sculpture. I have also been working on Late Roman archaeology and the Roman provinces. Furthermore, I have been actively involved in the virtual reconstruction of cultural heritage sites in Austria, Germany and Ireland. My theoretical and methodological approaches are addressed to broader questions of cultural exchange and transformation in the core as well as on the fringes of the Roman world. With the constant aim of approaching ancient material culture in a holistic way, I always try to combine theoretical and practical work, especially fieldwork.

My latest book ‘Die römischen Bürgerkriege’ (published with Philipp von Zabern in 2018) deals with the complex role of civil war’s internecine violence in the shaping of Roman late republican architecture, art and material culture. In this book, the aspect of annihilation is contrasted with the activities of building, construction and consumption, mainly sponsored by Roman and local elites all over central Italy in the 2nd and 1st centuries BCE. Against the backdrop of both modern theories of crisis and Late Republican material culture in Italy and the wider Mediterranean (from Spain to Asia Minor), I discuss the concept of ‘crisis’ in detail, stressing the active participation of human agents in shaping their own immediate future.

From my time as an undergraduate onwards I constantly participated in campaigns of archaeological fieldwork and architectural survey on Classical to Roman sites in Greece, Syria and Austria. In cooperation with Austrian colleagues, I currently conduct a project of architectural survey and excavation in the Archaeological Park of Carnuntum, one of the most important Roman provincial sites on the Danube frontier, where I started as a field archaeologist back in 2001.