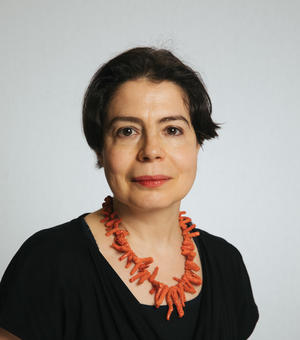 The focus of my research lies in ancient Graeco-Roman education, in particular Greek rhetorical papyri – especially handbooks, compositions by schoolboys and more advanced students, models composed by schoolmasters and even sketchy notes by teachers for the preparation of their classes – which illustrate the process of teaching and learning public speaking in the Graeco-Roman and Byzantine world. In relation to this I have acted as Principal Investigator of the project Learning (from) Mythology: Religion, Multiculturalism and School Education in Graeco-Roman Egypt, in collaboration with Dr Chiara Meccariello (John Fell Fund 2016-2017).

For several years I have been working on the transmission of the text of Isocrates, with a focus on the papyrological evidence, as part of a joint project to produce a new Oxford Classical Texts edition of the entire Isocrates corpus (forthcoming in 2022).

I am currently trying to connect ancient rhetoric with documentary papyri in order to detect significant traces of literary and rhetorical education in written texts belonging to everyday life, especially trial proceedings, petitions, official and private letters. From this standpoint I have studied the so-called Acta Alexandrinorum, a group of sub-literary and semi-documentary texts which are closely related to documentary papyri.

With regard to ancient scholarship and textual criticism, I have been working on commentaries and scholia related to Homer and Callimachus. I am also a member of the editorial board of the series Commentaria et lexica graeca in papyris reperta (https://www.degruyter.com/view/serial/36244).

I also work on papyrological sources that illustrate the culture and everyday life of early Christians, including witnesses to the Old and New Testament, anthologies of Biblical excerpts, and Christian amulets and letters.

Early on in my career I got interested in ancient magical practices and worked on magical papyri both published and unpublished. I am currently a member of the research team of the international project Transmission of Magic Knowledge in Antiquity: The Papyrus Magical Handbook, based at the University of Chicago (https://neubauercollegium.uchicago.edu/faculty/magical_knowledge).

In connection with my research on magic texts I have learned Coptic and got interested in Coptic and Graeco-Coptic texts: this is a still developing area of my papyrological expertise, which allows me to collaborate with Egyptologists and Coptologists.

Finally, thanks to my expertise and experience in papyrus conservation, I am particularly interested in the material dimension of ancient books, both rolls and codices, the process of their production, and their physical features like format, layout and scripts. In this respect palaeography plays an important role. I am investigating these aspects as one of the two Principal Investigators of Greek Literary Hands of the Roman Period, a joint project in collaboration with the University of Cassino which aims at producing a systematic catalogue of objectively dated items relevant to defining script styles and analysing their chronological development. In addition, I am investigating the relationship between writing practices and ancient grammatical theories in an attempt to recognize how ancient scholarship may have shaped the layout of rolls and codices, for example in relation to word-division at line-end, and the use of diacritical marks, like quantity marks in prose texts.

'Over the last six years I have been supervising traineeships in papyrus conservation, cataloguing, digitization and collection management, especially within the Erasmus Plus Student Traineeship scheme. I am currently in charge of the Introduction to Literary Papyrology and Advanced Literary Papyrology courses and supervise MSt and MPhil students for the papyrological options. I am happy to co-supervise doctoral students in topics related to my research interests.